A number of UHS patients and employees drew chalk messages September 16 and 17 at locations around UHS facilities.

The sidewalk artistry was all for a good cause:  bringing greater awareness to suicide and its prevention in the community.

The event was presented by Broome County Suicide Awareness for Everyone (BC SAFE) in conjunction with World Suicide Prevention Day, which was Sept. 10, said Anastasia Spiratos, MS Ed., MASS, a behavioral health specialist at UHS and a BC SAFE volunteer.

“Because of COVID-19, we weren’t able to do our usual Suicide Prevention Day event, which is a breakfast,” she said.  “Instead, ‘Chalk the Walk’ was developed.”

Participants across the Southern Tier used chalk to beautify the community with inspirational, hand-drawn images or written messages of hope, resilience, awareness and prevention, she said.

A number of UHS employees participated in the sidewalk artistry around the UHS Binghamton General campus, while some patients created messages that were displayed at the hospital entrance.

Many of those who participated posted photographs of their work to their Facebook pages, with the tag @ BC SAFE Coalition, using the hashtag #broomehashope.

Based on those posts, gift cards worth $50 each will be awarded in three categories:  Most thoughtful message, most liked on Facebook and most creative.

Click through the photos below to see a sampling of the chalk artistry at UHS Binghamton General. 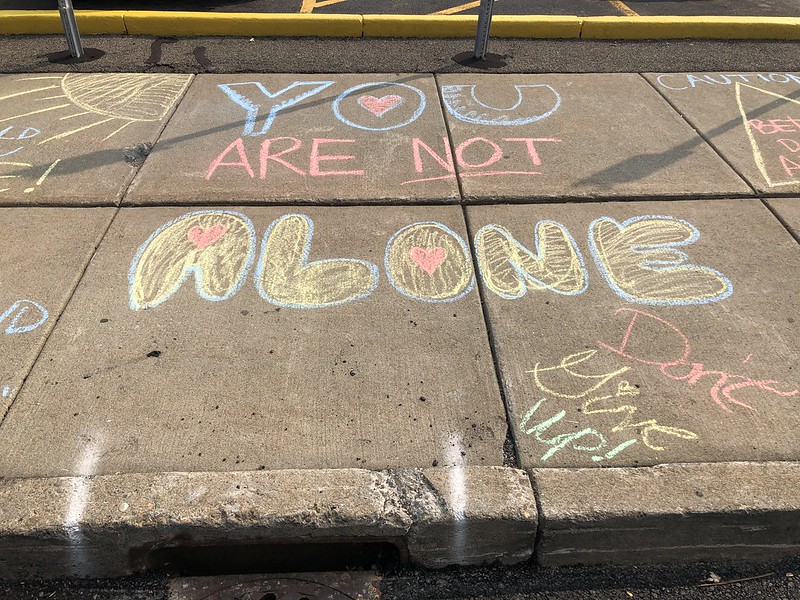