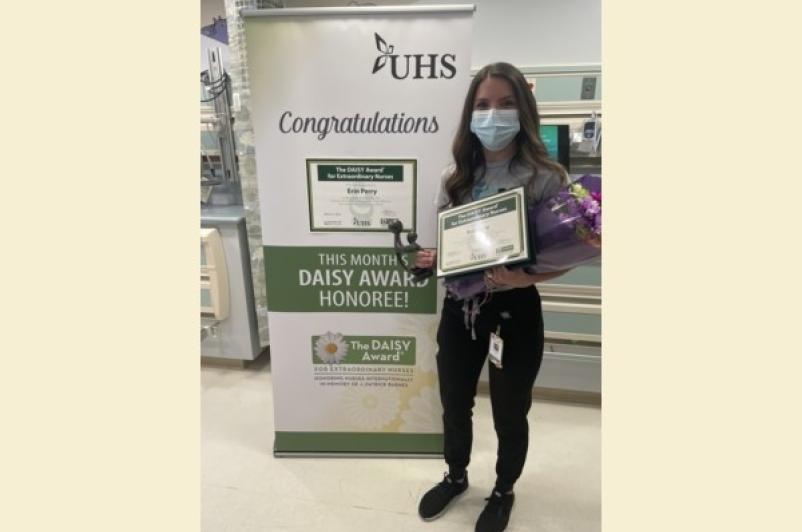 A program to recognize the care and compassion of extraordinary nurses continues at UHS with Erin Perry, BSN, RN, NICU, being named the March winner of the DAISY Award! Erin was recognized and presented with the award for the achievement, and enjoyed cinnamon rolls, a symbolic treat in honor of Patrick Barnes, whose experience inspired the award.

The UHS Neonatal Intensive Care Unit nurse was nominated by Prema and Chris Streno, the parents of a baby she had cared for. In their nomination letter, Prima and Chris spoke about Erin being a bright light for them during the nightmare that was having a child in the NICU. They found Erin to be genuine and her presence around their son provided an atmosphere of positivity, giving them much needed confidence in the care that their baby boy was receiving. They always felt heard by Erin and secure knowing that she was watching over their son.

The nomination further stated: "She made us feel that she was genuinely concerned about his well-being and progress while in the NICU and not that she was just doing her job or getting through her shift. During times of uncertainty and fear, she gave us a bolus of hope with kindness & empathy."

The DAISY (Diseases Attacking the Immune SYstem) Award is an international recognition program that honors and celebrates the skillful, compassionate care nurses provide every day. The DAISY Foundation was established by the family of J. Patrick Barnes after the Seattle man died from complications of the auto-immune disease ITP in 1999. During his hospitalization, the family members deeply appreciated the care and compassion shown to Patrick and his loved ones. When he died, they felt compelled to say thank you to nurses in a very public way. To learn more, visit DAISYFoundation.org.

Started at UHS in April 2021, nurses are nominated by anyone in the organization - patients, family members, other nurses, physicians, other clinicians and staff - anyone who experiences or observes extraordinary care being provided by a nurse.

Nominations are submitted by using a form found on NYUHS.org. On this form, the person will be able to tell the story of why they are nominating the nurse, while also choosing which UHS Value (Compassion, Trust, Respect, Teamwork, Innovation) the nurse displayed. 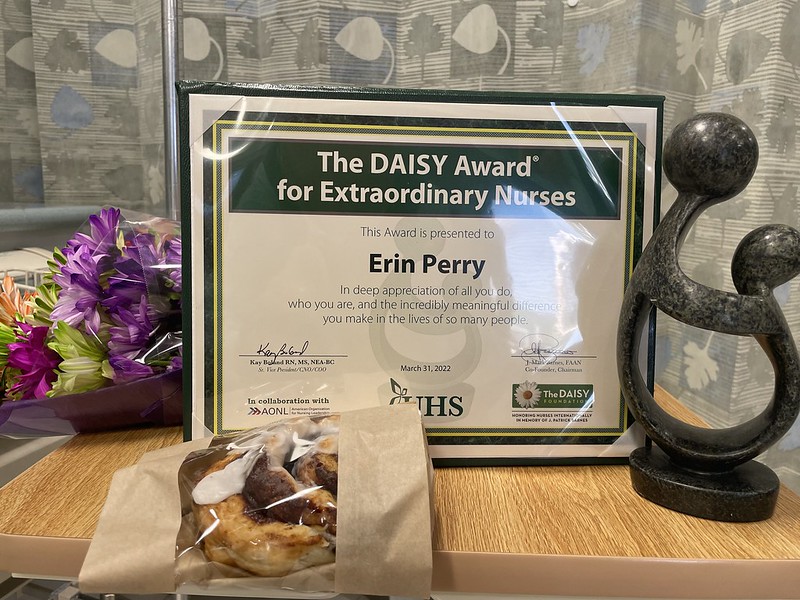