Did you know it is estimated that Doctors of Chiropractic (DCs) treat over 27 million Americans (adults and children) annually? Read more facts by clicking on the link below.

According to the American Chiropractic Association (ACA), Chiropractic is a health care profession that focuses on disorders of the musculoskeletal system and the nervous system, and the effects of these disorders on general health. Chiropractic services are used most often to treat neuromusculoskeletal complaints, including but not limited to back pain, neck pain, pain in the joints of the arms or legs, and headaches.

What is a Doctor of Chiropractic?

Doctors of Chiropractic (DCs) – often referred to as chiropractors or chiropractic physicians – practice a hands-on, drug-free approach to health care that includes patient examination, diagnosis and treatment. Chiropractors have broad diagnostic skills and are also trained to recommend therapeutic and rehabilitative exercises, as well as to provide nutritional, dietary and lifestyle counseling.

DCs may assess patients through clinical examination, laboratory testing, diagnostic imaging and other diagnostic interventions to determine when chiropractic treatment is appropriate or when it is not appropriate. Chiropractors will readily refer patients to the appropriate health care provider when chiropractic care is not suitable for the patient’s condition, or the condition warrants co-management in conjunction with other health care providers.
In many cases, such as lower back pain, chiropractic care may be a patient's primary method of treatment. When other medical conditions exist, chiropractic services may complement or support medical treatment by relieving the musculoskeletal aspects associated with the condition.

Like their MD colleagues, doctors of chiropractic are subject to the boundaries established in state practice acts and are regulated by state licensing boards. Further, their education in four-year doctoral graduate school programs is nationally accredited through an agency that operates under the auspices of the U.S. Department of Education. After graduation, they must pass national board exams before obtaining a license to practice, and then must maintain their license annually by earning continuing education (CE) credits through state-approved CE programs.

What is Spinal Manipulation?

One of the most common and well known therapeutic procedures performed by doctors of chiropractic is spinal manipulation (sometimes referred to as a "chiropractic adjustment"). The purpose of spinal manipulation is to restore joint mobility by manually applying a controlled force into joints that have become hypomobile – or restricted in their movement – as a result of a tissue injury. Tissue injury can be caused by a single traumatic event, such as improper lifting of a heavy object, or through repetitive stresses, such as sitting in an awkward position with poor spinal posture for an extended period of time. In either case, injured tissues undergo physical and chemical changes that can cause inflammation, pain, and diminished function for an individual. Manipulation, or adjustment of the affected joint and tissues, restores mobility, thereby alleviating pain and muscle tightness, allowing tissues to heal.

Chiropractic adjustment rarely causes discomfort. However, patients may sometimes experience mild soreness or aching following treatment (as with some forms of exercise) that usually resolves within 12 to 48 hours. Compared to other common treatments for pain, such as over-the-counter and prescription pain medications, chiropractic's conservative approach offers a safe and effective option.

There are just some of the reasons that people are turning to chiropractic services to get and stay healthy and pain free. Chiropractic is a health care profession that focuses on disorders of the musculoskeletal system and the nervous system, and the effects of these disorders on general health. Chiropractic care is used most often to treat neuromusculoskeletal complaints, including (but not limited to) back pain, neck pain, pain in the joints of the arms or legs, and headaches.

Doctors of Chiropractic – also referred to as chiropractors or chiropractic physicians – practice a hands-on, drug-free approach to health care that includes patient examination, diagnosis and treatment. Chiropractors have broad diagnostic skills and are perhaps best known for their expertise in the use of spinal manipulation; however, they are also trained to recommend therapeutic and rehabilitative exercises, and to provide nutritional, dietary and lifestyle counseling.

Educational and licensing requirements for doctors of chiropractic (DCs) are among the most stringent of any of the health care professions.

DCs are educated in nationally accredited, four-year doctoral graduate school programs through a curriculum that includes a minimum of 4,200 hours of classroom, laboratory and clinical internship, with the average DC program equivalent in classroom hours to allopathic (MD) and osteopathic (DO) medical schools.

They are designated as physician-level providers in the vast majority of states and federal Medicare program. The essential services provided by DCs are also available in federal health delivery systems, including those administered by Medicaid, the U.S. Departments of Veterans Affairs and Defense, Federal Employees Health Benefits Program, Federal Workers' Compensation, and all state workers' compensation programs.

The typical applicant at a chiropractic college has already acquired nearly four years of pre-medical undergraduate college education, including courses in biology, inorganic and organic chemistry, physics, psychology and related lab work. Once accepted into an accredited chiropractic college, the requirements become even more demanding — four to five academic years of professional study are the standard. Because of the hands-on nature of chiropractic, and the intricate adjusting techniques, a significant portion of time is spent in clinical training.

Chiropractors undergo a rigorous education in the healing sciences, similar to that of medical doctors. In some areas, such as anatomy, physiology, rehabilitation, nutrition and public health, they receive more intensive education than their MD counterparts. Like other primary health care doctors, chiropractic students spend a significant portion of their curriculum studying clinical subjects related to evaluating and caring for patients. Typically, as part of their professional training, they must complete a minimum of a one-year clinical-based program dealing with actual patient care. In total, the curriculum includes a minimum of 4,200 hours of classroom, laboratory and clinical experience. The course of study is approved by an accrediting agency that is recognized by the U.S. Department of Education. This has been the case for more than 25 years.

This extensive education prepares doctors of chiropractic to diagnose health care problems, treat the problems when they are within their scope of practice and refer patients to other health care practitioners when appropriate.

Certification and licensure of chiropractors is governed by the National Board of Chiropractic Examiners (NBCE). DCs must pass a board exam and then obtain a license in the state in which they wish to practice. Chiropractors must meet yearly continuing education requirements to maintain their licensure.

What Research Shows About Chiropractic

A growing list of research studies and reviews demonstrate that the services provided by chiropractic physicians are clinically effective, safe and cost effective. Following are excerpts and summaries from a few of those studies. The evidence supports the natural, whole-body, drug-free approach of chiropractic for a variety of conditions.

To find more research supporting chiropractic services, visit the World Federation of Chiropractic's Reading List. Here are some examples of the excellent and ever expanding results seen with chiropractic care.

For Acute and Chronic Pain

“Many treatments are available for low back pain. Often exercises and physical therapy can help. Some people benefit from chiropractic therapy or acupuncture.”

“[Chiropractic Manipulative Therapy] in conjunction with [standard medical care] offers a significant advantage for decreasing pain and improving physical functioning when compared with only standard care, for men and women between 18 and 35 years of age with acute low back pain.”

In Comparison to Other Treatments

"Reduced odds of surgery were observed for...those whose first provider was a chiropractor. 42.7% of workers [with back injuries] who first saw a surgeon had surgery, in contrast to only 1.5% of those who saw a chiropractor."

“Cervical spine manipulation was associated with significant improvement in headache outcomes in trials involving patients with neck pain and/or neck dysfunction and headache.”

“The results of this study show that spinal manipulative therapy is an effective treatment for tension headaches. . . Four weeks after cessation of treatment . . . the patients who received spinal manipulative therapy experienced a sustained therapeutic benefit in all major outcomes in contrast to the patients that received amitriptyline therapy, who reverted to baseline values.” ‘

In a study funded by NIH’s National Center for Complementary and Alternative Medicine to test the effectiveness of different approaches for treating mechanical neck pain, 272 participants were divided into three groups that received either spinal manipulative therapy (SMT) from a doctor of chiropractic (DC), pain medication (over-the-counter pain relievers, narcotics and muscle relaxants) or exercise recommendations. After 12 weeks, about 57 percent of those who met with DCs and 48 percent who exercised reported at least a 75 percent reduction in pain, compared to 33 percent of the people in the medication group. After one year, approximately 53 percent of the drug-free groups continued to report at least a 75 percent reduction in pain; compared to just 38 percent pain reduction among those who took medication.

Findings from a study utilizing data from the North Carolina State Health Plan collected between 2000-2009 show that care by a doctor of chiropractic (DC) alone or DC care in conjunction with care by a medical doctor (MD) incurred “appreciably fewer charges” for uncomplicated lower back pain than MD care with or without care by a physical therapist.

Low back pain initiated with a doctor of chiropractic (DC) saves 40 percent on health care costs when compared with care initiated through a medical doctor (MD), according to a study that analyzed data from 85,000 Blue Cross Blue Shield (BCBS) beneficiaries in Tennessee over a two-year span. The study population had open access to MDs and DCs through self-referral, and there were no limits applied to the number of MD/DC visits allowed and no differences in co-pays. Researchers estimated that allowing DC-initiated episodes of care would have led to an annual cost savings of $2.3 million for BCBS of Tennessee. They also concluded that insurance companies that restrict access to chiropractic care for low back pain treatment may inadvertently pay more for care than they would if they removed such restrictions.

“Chiropractic care appeared relatively cost-effective for the treatment of chronic low-back pain. Chiropractic and medical care performed comparably for acute patients. Practice-based clinical outcomes were consistent with systematic reviews of spinal manipulative efficacy: manipulation-based therapy is at least as good as and, in some cases, better than other therapeusis.”

Widespread Use of Chiropractic

“Chiropractic is the largest, most regulated, and best recognized of the complementary and alternative medicine (CAM) professions. CAM patient surveys show that chiropractors are used more often than any other alternative provider group and patient satisfaction with chiropractic care is very high. There is steadily increasing patient use of chiropractic in the United States, which has tripled in the past two decades.”

What to expect on your first visit

Many new patients are not sure what to expect during their first appointment with a Doctor of Chiropractic (DC). Chiropractors start by taking a patient’s history and then performing a physical examination to develop a working diagnosis.
Learn More > 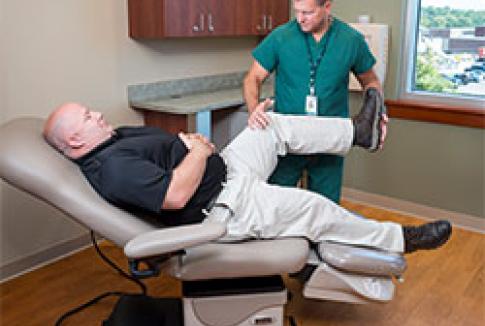 What conditions do chiropractors treat? How do I select a doctor of chiropractic? Is chiropractic treatment safe? Get answers to these questions and more here.
Learn More > 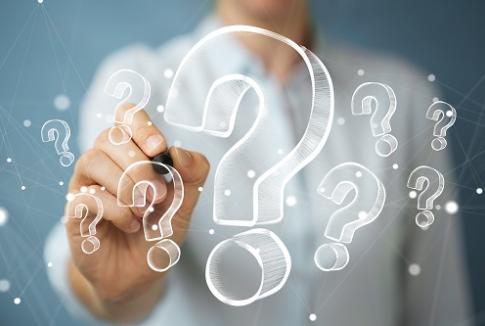